A.S.S.C. is governed by a voluntary Board of Trustees. The trustees have a responsibility to support and oversee the management, staff and volunteers involved in the charity. They also ensure that the organisation meets its legal obligations and that its finances are properly managed. A.S.S.C. is registered with both the Charities Regulatory Authority and the Companies Registration Office.

The day-to-day management of A.S.S.C is carried out by two senior directors. 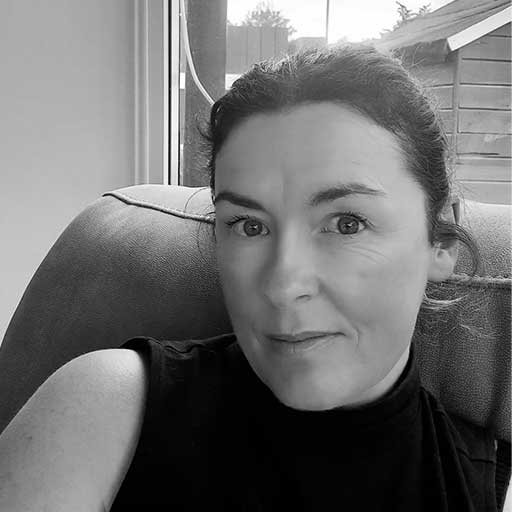 Eve is one of the founding members of A.S.S.C and serves as Chairperson on its Board of Management. She has an Honours Degree in Psychology (DBS), a Masters in Criminology (DIT) and a Masters in Management (Michael Smurfit Business School). Eve has also achieved academic Diplomas in Strategic Business Management (IBAT) and Data Protection Law (Honourable Society of Kings Inn’s).

Eve has 10 years’ experience working with victims of crime in the field of Child Sexual Abuse. She has particular expertise in the area of child victims as witnesses for the State in criminal trials. She spent five years in Complaints and Investigations at the Ombudsman for Children’ Office; examining complaints and overseeing governance standards in line with legal and policy-based frameworks. She served as Lead Facilitator Coordinator for OCD Ireland which ran support groups for people living with OCD, Body Dysmorphic Disorder and Trichotillomania. She has volunteered as a facilitator working directly with prisoners through the AVP Project. A project that runs workshops in conflict resolution and restorative practices with prisoners. She has spent the last year as an Inspector with the Office of Inspector of Prisons conducting inspections of Irish prisons against Human Rights standards, before taking up position as a High Court Registrar with The Courts Service. 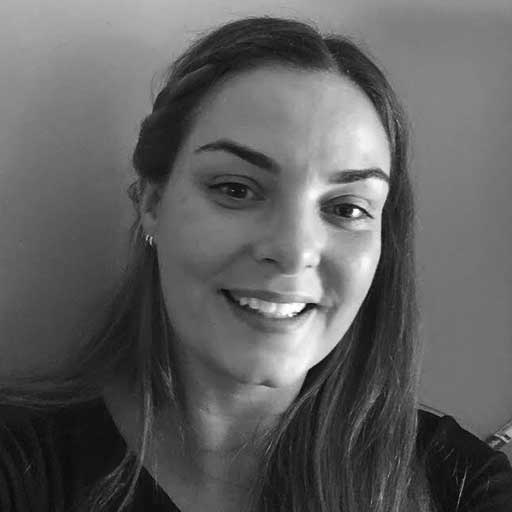 Gillian is from Galway and is the Company Secretary for A.S.S.C. She previously volunteered as a Forensic Accompaniment Worker in the Child and Adolescent Sexual Assault Unit in Galway for 2.5 years. She has a Masters in Child & Youth Care (Athlone Institute of Technology), Bachelor’s Degree in Social Studies & Social Care (Athlone Institute of Technology), Diploma in Psychology of Criminal Behaviour (University College Cork), Certificate in Autism Studies (University College Cork) and Trauma Informed Care (Quality Matters).

She has over 17 years of experience directly working with, leading and managing services that support individuals with Intellectual Disability, Acquired Brain Injury, Forensic Issues, Autism, Mental Health needs, Dual Diagnoses & Complex Needs. Gillian has a particular interest in the experiences of people with disabilities in the Criminal Justice System and is a strong advocate for the provision of appropriate systems and strategies to support those people and has had her paper published in the Irish Journal of Applied Social Studies: “Supports for Offenders with Learning Disabilities in the Irish Judicial System: A Critical Review”. She was invited to Prague to deliver workshops and seminars raising awareness on disability, autism, child sexual abuse and the criminal justice system. Gillian is also a Guest Lecturer in University College Cork on their Psychology of Criminal Behaviour course. 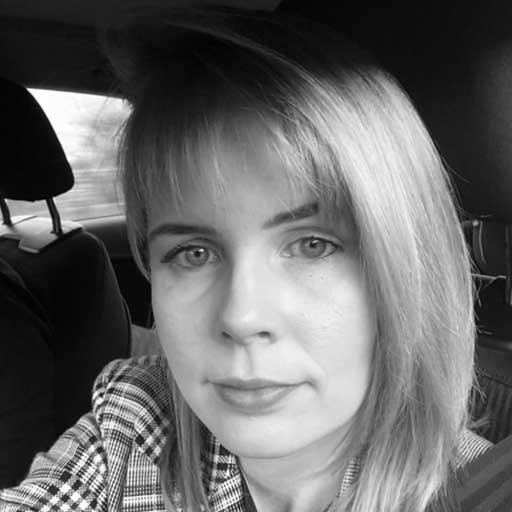 Fiona is a solicitor, qualified to practice in Ireland, England and Wales. She graduated from UCD with a Bachelor of Civil Law (Hons). Fiona also achieved a Diploma in French Law from the Université de Nancy 2 in France and a Diploma in Finance Law from the Law Society of Ireland.

Fiona has over ten years’ legal experience; having worked in a large Dublin law firm, in a London law firm, and in a the legal department of a global financial services firm. Her areas of expertise include corporate transactions, corporate governance and commercial/ contract law.

Fiona serves on the Board of Management of ASSC as legal trustee, advising on legal and governance matters. 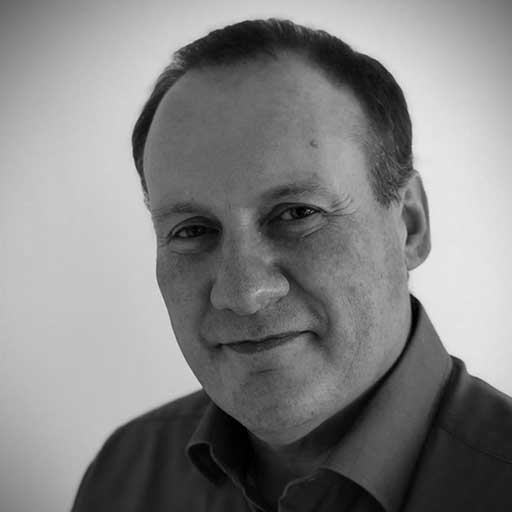 Michael Lynch is currently Safeguarding Manager at Scouting Ireland. He is a retired Detective Inspector who served at the Garda National Protective Services Bureau from 2006 to 2020.

Michael holds a B.A. (Humanities), majoring in Psychology, from NUI Maynooth and a M.Sc. in Child Protection and Welfare from Trinity College Dublin.

He has been a member of:

and has been a consultant/trainer to the European Commission, Council of Europe, European Academy of Law and the United Nations regarding child protection and Sexual Exploitation & Abuse.

Michael has been involved in drafting a number of policy/guideline documents and reports in Ireland, including:

Sheila is a Fellow of the Institute of Chartered Accountants of Ireland and has a Bachelor of Business Studies from DCU. She has over 20 years’ experience in financial management, strategy, organizational change, corporate governance, compliance and controls.

Sheila is currently employed as Chief Financial Officer for the Royal College of Physicians of Ireland where she has responsibility for strategic and financial planning, business development, treasury management, compliance and regulation. She is also responsible for the HR function and has a broad knowledge of employment law. Sheila has previously served as Finance Director in RTÉ and has vast experience in the not-for-profit sector.

Sheila serves on the Board of Management of ASSC as Financial trustee advising on best practices in financial reporting and controls, compliance and regulatory matters. She will also have oversight of finances and cashflow to advise the Board on budget planning and management. 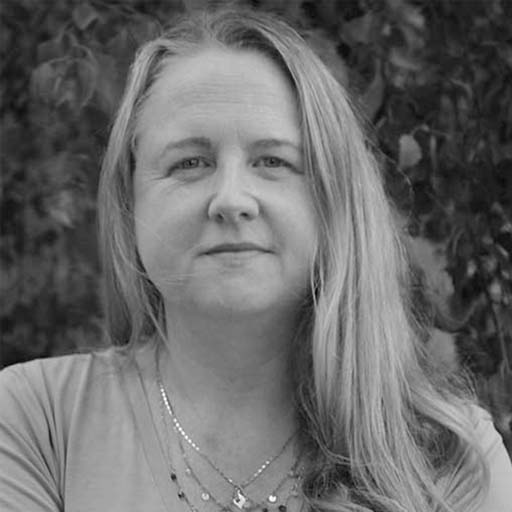 Lynette is one of the founding members of A.S.S.C. and serves as Executive Director with the organisation. She is responsible for the operations of A.S.S.C., from excellent governance standards to liaising and reporting to the Board of Trustees. She is responsible for the finances of A.S.S.C. and also holds the title of DLP, to ensure prompt engagement with Tusla concerning any child safeguarding matters. Lynette provides external training to stakeholders on such topics as the impact of trauma, child victims of crime & tools to help safeguard professionals. She is also responsible for media engagement and represents A.S.S.C. on government advisory groups.

Lynette initially qualified and worked as a professional chef before retraining in the NGO sector. She holds a first-class Honours Degree in Psychology Applied to Information Technology (IADT), after which she was engaged under a Community Employment Scheme in CARI in 2012. Lynette progressed through the organisation to become the manager of the court accompaniment support service.

Lynette is in her 10th year supporting young people who are victims of crime. She has expertise in supporting a young person and family when their child is due to give testimony in a criminal trial. This expertise is related to voicing the rights of the young person through the Victims of Crime Act 2017 and other relevant legislation in Ireland.

Lynette is a creative and innovative thinker as she has experience in the arts, professional cookery, and advanced IT skills in usability engineering and computer software development, all accomplished through her past academic and work-life experience. Her ambitions presently are to work at establishing A.S.S.C. as a leading victim support service for young people & families within Ireland. Lynette recently completed the “New Frontiers” entrepreneurial training programme with Enterprise Ireland. 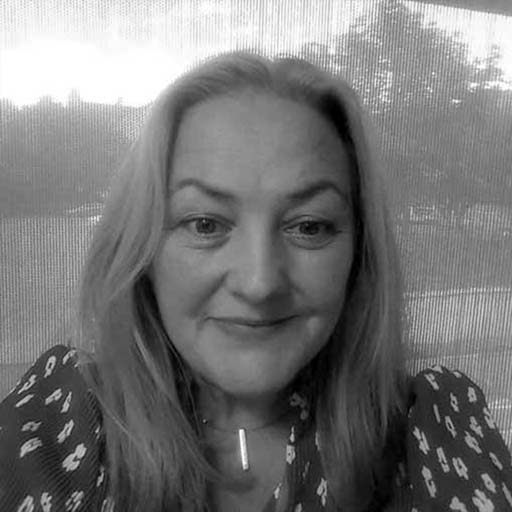 Grace is one of the founding members of A.S.S.C. and serves as Director of Services on a part-time basis. She is responsible for the smooth running of A.S.S.C. services and adhering to best practice and policy implications.

Grace also works part-time with Le Chéile Mentoring Services as the Dublin North Coordinator. She works closely with the probation services to support young offenders, through mentoring and other service provisions. Grace initially volunteered with Le Chéile, as a mentor for young offenders and their parents/guardians, for more than three years, before she was employed with their service.

Grace has over 23 years’ experience working with victims of crime in the field of Child Sexual Abuse. Specifically, she has over 10 years of volunteer management experience recruiting, training, and supporting volunteers on a national level. Grace has expertise in the area of supporting young people and their families when a young person is going through a forensic or medical examination process, where a concern or disclosure of child sexual abuse occurs. She also has extensive experience of supporting young people and their families though criminal trials, advocacy/helpline support.

Grace holds a first-class Honours Degree in Psychology (DBS) and an M.A. in Criminology (DIT). Grace has also achieved academic Diplomas in Family Law and Child Psychology & Development and has undertaken further on-going extensive training within the area of volunteer management training.

We would not be able to provide our essential services without our committed volunteers.

A big shout out to you. Thank you.

We run approximately two recruitment drives for volunteers a year. If you are interested in exploring our volunteer opportunities, please contact our Director of Services at volunteercoordinator@assc.ie

“Volunteering as a child accompaniment volunteer is personally a very rewarding and worthwhile experience, you feel your role is valued by the families and children attending the service as they navigate the forensic interview and forensic interview & medical examination. You can offer some clarity, support or just to be a listening ear to parents or play & distract the child while they attend the appointment. It is good to give something back to society and know that it is valued and appreciated”

“As a volunteer I have been hugely impressed by the dedication, caring, and genuine concern for children’s welfare of all the A.S.S.C. team and volunteers. Not only are the team extremely professional but there’s a vocational kind of commitment in the work they do to support young people. I could not imagine negotiating the justice system as a child without the support of an organisation like A.S.S.C”

To donate to A.S.S.C. please hit the donate button below